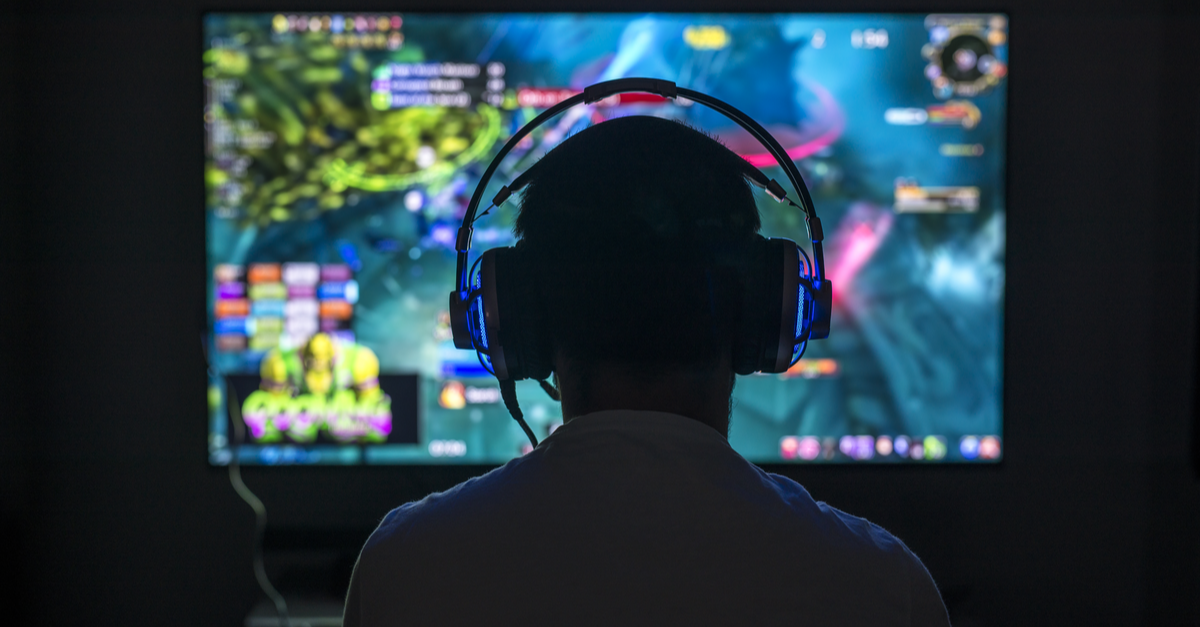 Fast internet connection is a crucial element for online games. The fractions of second separate victory from defeat. Therefore, you need all the possible means to increase your internet connection. From the best OS for gaming to the connection optimization software. The aim is single – to make the connection as fast as possible. However, before diving into the nitty-gritty details of the internet speed for gaming, the basic concepts must be explained.

We need to know what elements of the game cause lags and what we must do to speed things up. Usually, online games consist of two major elements:

The player makes input, the client makes changes in the game’s environment and sends these changes to the server. The server processes the player’s input and returns the impact made: bullet shot, the player moved, etc. The time between input and return is called ping. Ping is measured in milliseconds (ms) and usually is a part of the player’s UI.

When the ping is too high, reaching 200 ms or higher, lags begin.

Lags hurt the gaming experience; they make it harder to shoot, navigate the gaming world or predict where the enemy would be in the next moment. You or the enemy start to “jump” from one side of the screen to the other; the abilities don’t hit their targets, your character is stuck into objects. Micro lags could be bearable during the gameplay. However, major lagging may make the game unplayable at all.

There are several reasons for lags, and they are not necessarily on the client’s part. Poor internet connection or troubles on the internet line, server overload, or too many players acting in the same area may cause lags simultaneously.

However, there are several options that a player can do to reduce ping to the minimum possible number and get rid of lags.

Modern Internet providers have a wide range of offerings for different aims and scales, starting with casual browsing and ending with Internet connection for business. The optimal speed of the internet connection for modern gaming is 100 Mbit/s. This speed allows running most of the new games in decent graphical quality without latency. You may play with a slower internet connection, too, but it will require some other tricks to reduce lags.

Make sure you are playing in the right region

Online games offer to play on servers that are placed in different parts of the world. The lesser the real-life distance between the client and the server, the faster your game works. Usually, the regions include Europe, America (North and South), Australia, and Asia. However, some games may give even more precise server locations up to particular countries. Always choose the closest server to your location, and the game will work faster.

Set the graphical settings on minimum

It may sound a bit contradictory: why reduce the quality of the image when the developers try to sell graphically impressive games? It is true. However, the highly detailed image makes the client part process much more information than it should. This, consequently, increases the ping time. It is a professional cybersports trick – to play on the lowest graphical settings possible to get the maximum performance output.

Each program that needs Internet traffic to work increases the lags in your game. Browsers, torrent programs, and any other online utilities take a bit of speed from your connection and increase the ping time. Make sure that you’ve closed all tabs that you don’t need at the moment before playing an online game.

There are programs that can decrease the ping numbers instead of making them bigger. This type of specialized software is called ping reducers. Such programs as WTFast or NoPing direct all the internet traffic power toward the game’s processing. In the end, the game works faster, the ping is lower, and lags almost do not exist.

Move closer to your router

If you play online via wifi, you want to be as close to your router as possible. The wifi signal works better if there are no obstacles between the router and the device. As a result, your internet connection is more stable and you don’t need to worry about the lack of speed.

Sometimes, rebooting the router may help to increase its performance as well.

Connect via the ethernet cable

In some cases, when all of the methods were tested, and the game still lags, it may be at the part of the server. The reasons for that are numerous: the developers did not optimize the game well enough, and it may show performance bottoms. The netcode of the game is imperfect in the first place, and the developers need to make it work better. The servers malfunction or are being prepared for technical maintenance.

In this case, the only option that the players have is to remain calm about the situation and troubleshoot possible issues. Players of online games are the primary means for the game’s survival. Therefore, active communication between the player base and the developers is the sure way to get things working right.