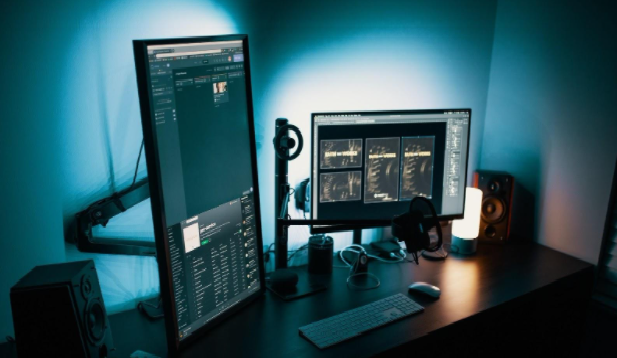 For more and more people out there, Linux is becoming an important part of their work environment and its infrastructure. If you’re familiar with a few concepts about Linux, you will not find that surprising, as in recent years, this operating system has proven to be more versatile than people might have thought previously. While most people think of Linux as Windows’ awkward, less-used, and more complicated brother, it’s actually making its way all the way to the top, with an increasing number of users that are not necessarily technically-minded people. Some of these people are gamers and below we’ll discuss how to switch your gaming to Linux.

The big change in this area came in 2018 when Valve came out with the Proton compatibility layer and they were able to integrate it into the Steam client for Linux. That is when most limitations for gamers and gaming in general, whether they were software or hardware limitations, stopped.

One of these major changes that were brought by Valve, is that now you can even play Windows-only games on Linux. This might sound like quite a paradox, but it’s completely true. Even some games like The Witcher 3 or GTA V, which were well-known for not being compatible with Linux, are now working after the earlier mentioned upgrades. All you need to do is to download the game to your PC through Steam and then you have nothing else to worry about.

There used to be an issue even with the in-browser games that people were trying to play on Linux before. Now, that issue is history and you can access any type of online, in-browser game there is, including online casino games, which should satisfy all your gaming and entertainment needs.

One of the main reasons why Linux is becoming more and more popular these days is because there are not too many expectations from the hardware component. In fact, the desktop version of Linux can be installed on literally any PC out there. Of course, there are computers that are specially designed by their manufacturers to be as compatible as possible with the Linux operating system. Since most computers are designed with Windows in mind, if you want to go for Linux, you might find one or two components that are not very compatible. That being said, while you can potentially do well with anything, your safest bet is to go for a machine that was purposely built for Linux.

If you’re looking for such companies that make computers with Linux in mind, you can start by looking into options from System76 or Purism. But if you’re only trusting mainstream manufacturers, Dell is also a company that makes this type of machine.

One of the most common fears of people who are thinking about making the switch from Windows (or macOS) to Linux is the fact that they will have to give up their favorite apps, and all together change their way of working. If you’ve tried the switch a number of years ago or if you have a friend or a relative who has tried the switch, you’ve probably heard them say how a lot of apps were not working or that they were not able to play any games from the previous operating system. Fortunately, that has become history, because, in 2020, Linux’s set of capabilities and functionalities is totally different.

In the past, if you were using Ubuntu, for example, you were required to install all sorts of plugins and try a bunch of different things before you were able to watch Netflix or to stream music on Spotify. Nowadays, anyone would be able to use all of these apps just like they’re being used on Windows. On the downside, there are still a few programs that are not recognized by Linux; one of them being the Adobe Creative Cloud (Suite).

And just because there are some things that you have gotten used to in Windows, and are unable to use those certain native apps, shouldn’t discourage you from making the switch. In all honesty, the guys from Linux have done a very good job adapting to the needs of ex-Windows users and creating their own versions of the Windows apps which are in fact pretty similar.

Over the past decade, Linux has transformed many times and in many ways until it reached its current form. And while there have been numerous reports from users saying that Linux caused them fewer frustrations than Windows, it’s fair to say that there’s still a lot of space for improvement. But with the way technology is working nowadays, everything being so fast-paced and constantly evolving, there’s no doubt that Linux has become a fierce competitor on the market.