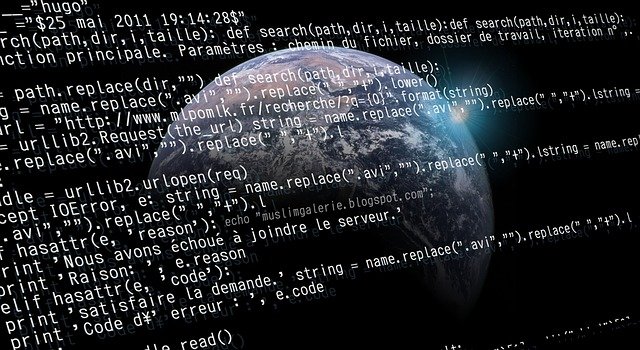 Linux kernel is a monolithic kernel; thus, it has the largest footprint and is highly complex. Unlike other kernels, Linux kernels can be loaded and unloaded at runtime. This means you may add or remove features of your kernel as you please.

What is the Linux Kernel?

It exists within the operating system and controls all the hardware’s major functions in whatever device. By virtue of being a monolithic kernel, Linux kernels have better access to the hardware and are great at multitasking.

The Linux Kernel Relationship with Your Hardware

The Linux kernel manages your system’s hardware through what is known as interrupts. An interrupt helps the hardware interface with the system by is issuing a signal that interrupts the processor. The kernel can disable interrupts to aid synchronization, be it only one or all of them. 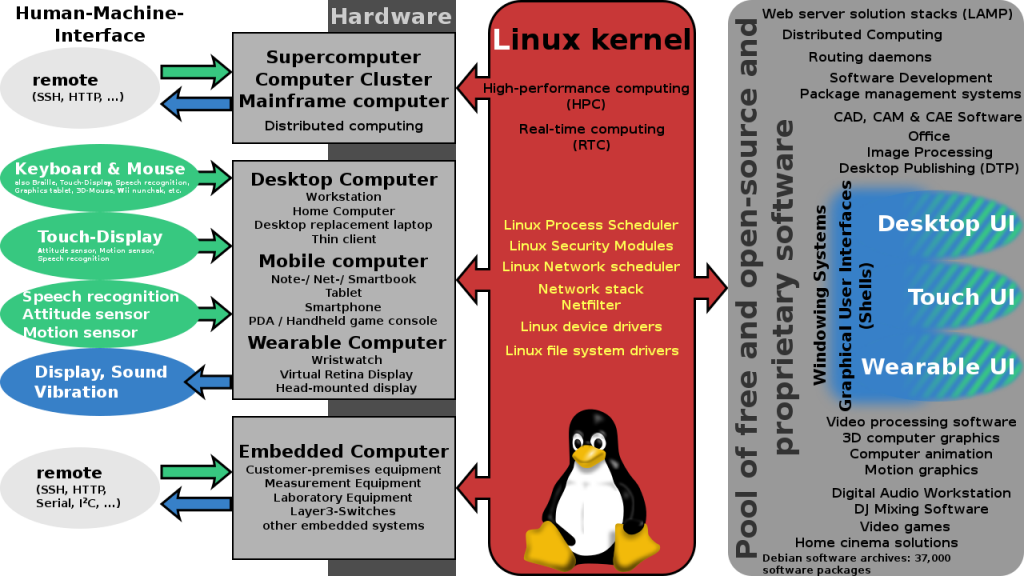 What Does Linux Kernel Do?

The Linux kernels function can be categorized and grouped into:

Communication Management – The Linux kernel supports communication between the hardware via drivers. These drivers may be included in the kernel or added to the kernel via kernel modules and the software.

Process management: focuses on process execution. Linux kernel provides an application program interface that allows you to create new processes. This program also allows communication between the processes and synchronizes them. The kernel implements a unique scheduling algorithm that operates in constant time, regardless of the number of threads vying for the CPU.

System call interface – The SCI is a thin layer that permits function calls from user space into the kernel. This interface can be dependent on architecture, even within the same processor family.

Resource Management – It considers the number of resources used to store processes and determines where these processes are stored. The Linux kernel is also tasked with managing the system’s resources efficiently.

The system’s resources include memory management, process, task management, and disk management. By doing so, the kernel ensures there is enough memory available for your process to run. It also guarantees the efficient working of the processor so that tasks are run and completed successfully.

What makes the Linux Kernel Standout from other Classic Unix Kernels?

The Linux Kernel Is Monolithic 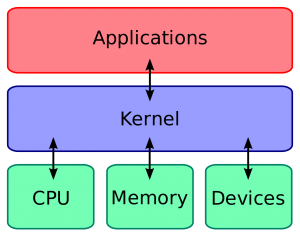 The Linux kernel is a type of monolithic kernel; hence, it has a large footprint. The Linux kernel also includes system server calls, device drivers, and the file management system.

All of these make the Linux kernel better at multitasking and accessing hardware since there is direct access to any information required from memory or any running process.

You would expect that it would have the usual problems since it has a large footprint, but no. The developers of the Linux kernel have sidestepped this problem by making use of kernel modules. These Kernel modules can be loaded or unloaded at runtime, which allows you to add or remove features at any time.

Portability – The Linux kernel is portable. It is the kernel of choice in almost all the fast supercomputers.

Patching
Some versions of Linux kernel support direct patching. This update was applied to the Linux kernel version 4.0 released in April 2015. Updates can be applied to the kernel or even replaced without you needing to reboot your computer. Patching gives room for system updates with no downtime on systems. System updates can be especially useful in server systems.

The Linux kernel is unable to differentiate between threads and normal processes
It does not differentiate between threads and normal processes and threads. For the Linux kernel, all processes are the same— some happen to share resources. In Linux, both Process creation and Thread creation make use of the clone system call. Linux kernel has solid support for threads, which means separate data structures are used within the kernel to depict the Thread and a process.

Linux kernel can be pre-emptive – quite different from other Unix types; the Linux kernel is capable of pre-empting a task while it is being executed in the kernel.

Added hardware functionality – by including kennel modules that run server processes, like low-level virtualization, the Linux kennel is a step up. It can allow you to replace the entire kernel without having to reboot your computer in some instances.

What are the Components of Linux Kernel?

At the top layer is the user/application space responsible for executing user applications. Below the user space, you’ll find the kernel space; this is where the Linux kernel is found. You will also find the GNU C Library, which is responsible for providing the system call interface.

Why Should Install the Updated Linux Kernel on My Computer System?

Linux kernel updates always come with improved or new features, as well as increased driver support. Because these updates tackle previously discovered bugs and glitches, it is important you’re your Linux kernel is up to date. There are two primary ways you can install the updated Linux 5.8 kernel, which we will outline in this article. 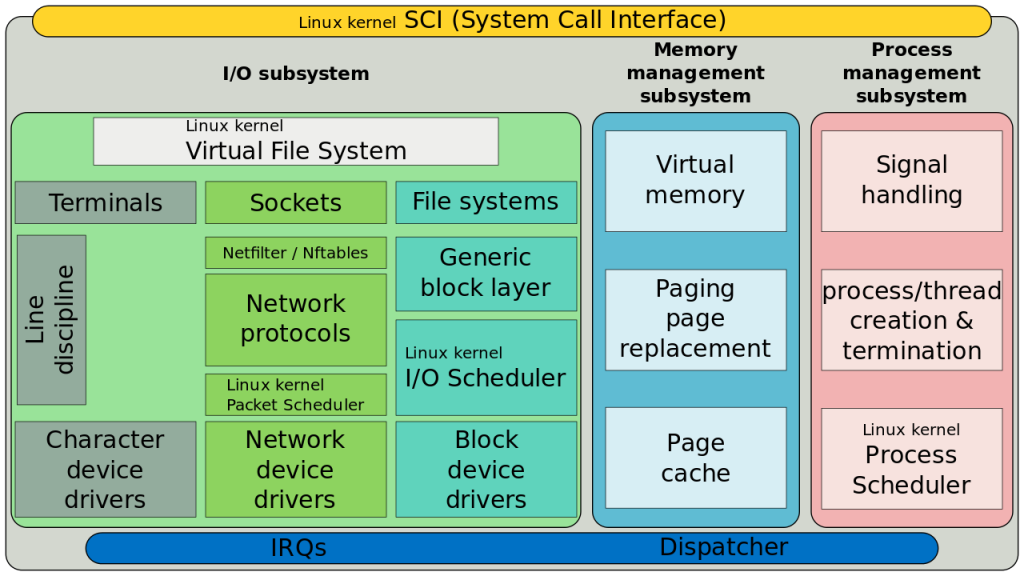 How Can I Linux 5.8 Kernel on Ubuntu?

Step 5: Install the downloaded packages using a package manager if you have one. Or run the command: sudo dpkg -i linux-*.deb. The installation requires time. Once done, reboot your system and check if version 5.8 has been installed. Use command code uname -sr.

Linux Kernel acts as a communication bridge between the user applications and the installed hardware. There are different types of kernels, each with their unique properties. The Linux kernel is a monolithic kernel, which means it handles most of the Operating System’s work by itself. This article has all the information that will help you to understand the Linux kernel fully.