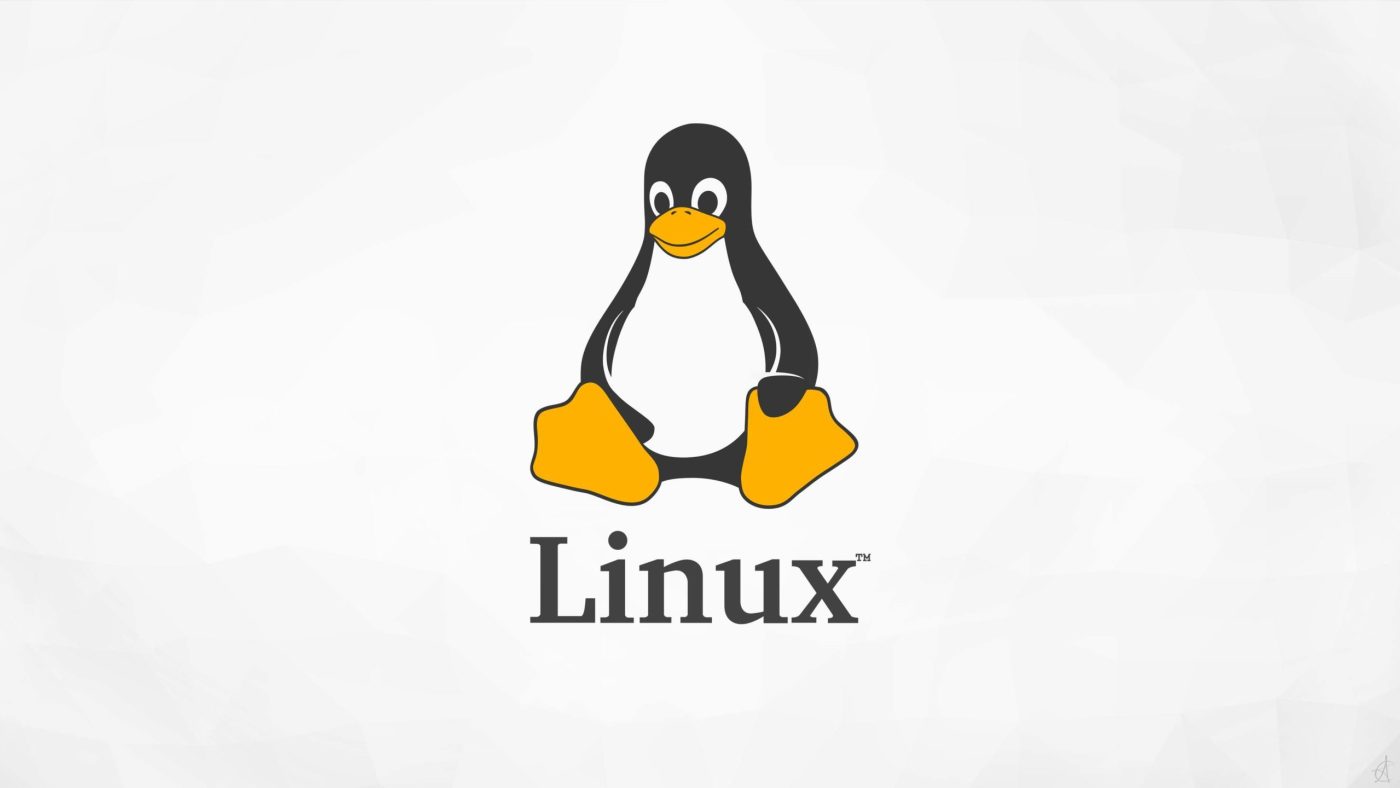 Both the Linux Lite and Lubuntu distributions (distros) are lightweight desktop environments. This makes them perfectly suited for the low-spec or older computer hardware. Both are Linux-based operating systems that are designed to run on limited system resources, but still offer rather fluid user experience.

In the recent past though, Lubuntu has been upgraded to become a more performance-centric operating system—rather than just meeting low-end hardware requirements. As such, the current Lubuntu operating system is only suited for mid-end computer hardware, not as low-end as is the case with Linux Lite.

While both distributions are based on Ubuntu—which is Debian-based—they differ in a number of ways. Throughout this guide, you will learn how the Lubuntu distro compares to the Linux Lite distro as a low-end Linux-based operating system choice.

As compared to Lubuntu, Lite falls behind Ubuntu updates. This means that Lubuntu avails newer features and app/software updates a bit faster than Linux Lite. However, you will find Linux Lite updates to be more stable and reliable.

This is free and open-source Linux distribution that has been developed in the GNU license. It is a lightweight distribution that is based on the Linux Kernel and derived by Ubuntu distributions. This being the case, you will find it to be fast and intuitive, featuring a clean and straightforward user interface (UI).

Lubuntu couples the minimalistic LXDE/LXQT desktop environment to a selection of light apps. As a result, the OS will have all the basic apps out-of-the-box, but have relatively low hardware requirements. Owing to the minimalist approach, the distro does not have any desktop animations or effects.

However, it allows you to easily reposition icons and even use a right-click menu functionality for enhanced user experience. Again, the distro only has specific apps. For instance, it is bundled with Gnumeric and Abiword, instead of the complete LibreOffice suite.

The GUI on Lubuntu is not as visually appealing as the one on Ubuntu. In an effort to optimize the distro, the developers do not bundle Lubuntu with all the default apps. However, you can still install them later from Ubuntu repositories.

What is Linux Lite?

This is another one of the lightweight Linux distributions meant for use on low-spec or older computers. Like Lubuntu, Linux Lite is also based on Ubuntu and Debian. As opposed to Lubuntu, Lite uses a customized version of XFCE as the default desktop environment. The operating system comes with some of the basic applications pre-installed.

To save on resource requirements by the desktop, the developers replaced Chromium with Chrome on the latest release.

Working with local files on Linux Lite can be a bit messy. For instance, HTML files may get executed as if they were shell scripts rather than opening on the Firefox browser.

The Similarities and Differences Between Linux Lite and Lubuntu

As mentioned earlier in this guide, the tow distros are based on Ubuntu and Debian, and are meant to be used on low-spec computers. Though similar in some ways, Linux Lite and Lubuntu differ from each other in more ways. So, how does the Lubuntu distribution compare to Linux Lite?

Both of these desktop environments are lightweight, and intuitive. However, they are different from each other in terms of design and functionality, as explained below:

As you may be aware, XFCE is one of the super lightweight and highly-customizable desktop environment. The Linux Lite development team takes advantage of this and have customized the desktop to offer a heavily-stylized version of the XFCE desktop on Lite.

In Linux Lite, the XFCE desktop is enhanced to feel, look and even work as a windows desktop. If you had been using Windows previously, you will find Lite to be a bit familiar and rather easy to navigate. At the desktop, you will find a conventional Start button, at the bottom-left corner,  just as is the case with a Windows desktop.

Additionally, it shows a series of app shortcuts—including desktop icons like ‘This PC’ and ‘Trash’—as well as a opened apps within the app tray. The System Settings menu is also designed to look like the Control Panel on Windows.

Just like the XFCE desktop on Lite, LXQt is a super-lightweight desktop environment and is nearly as customizable. Of the two desktops, the Lubuntu LXQt is more lightweight. This is mainly because the LXQt desktop is based on LXDE—which happens to be one of the most lightweight desktops available today.

With regards to appearance, LXQt looks and feels much like the Windows 2000 or XP desktop, but features a modern, flat design. Similar to the custom XFCE environment on Linux Lite, LXQt had a Start button, positioned at the bottom-left corner of the desktop. The LXQt desktop features ‘Desktop-Switchers’, a feature that allows you to switch between multiple virtual desktops.

The app tray on this desktop holds your pinned apps as well as the opened apps on your computer. Then there is the Applets icon towards the bottom-right corner of the desktop. Lubuntu also supports a number of desktop apps like ‘Computer’ and ‘Trash’.

Being lightweight distros, both Lubuntu and Linux Lite can run on old hardware without a problem as well as on computers with limited specifications. However, the specific hardware requirements for the two distros are a bit different, as illustrated below:

Initially, Lubuntu had been specifically designed to run on low-spec and older hardware. This is why versions before the Lubuntu 18.10 could run efficiently with just 256 MB of RAM. Starting with the Lubuntu 18.10 version, the development team shifted their focus to produce a functional, yet modular desktop. Consequently, they no longer advertise the minimum requirements for the operating system.

Based on the Lubuntu forum community, the recommended system specifications for the current Lubuntu version are as follows:

While the distro is still lightweight, this is no longer the key selling point for Lubuntu. This is clear from the community-recommended Lubuntu system requirements listed above.

As opposed to Lubuntu, Linux Lite is still marketed as a super-lightweight Linux distribution. Even with the latest release, the distro is designed to run on limited resources. As a result, its system requirements are lower than those of the Lubuntu OS, as illustrated below:

As you can see, Linux Lite is the perfect choice, if you happen to own a low specification or old computer.

Both Linux Lite and Lubuntu operating systems feature a  modern, intuitive, and straightforward installer. This is meant to make the entire installation process for the distro easy and fast. Even so, the installers on these distros differ a bit, as explained below:

The Ubiquity Installer on Linux Lite

The ‘Choose Extra Downloads’ screen allows you to select the software you would like bundled with the distro. These include Updates, drivers, useful third-party software, and Media Formats. Having completed these steps, the Installer will start the automated installation process.

Depending on your system requirements, the installation of Linux Lite takes about 15 minutes.

Lubuntu features the Calamares installer, a renowned open-source installer framework, which also happens to be distro-agnostic. This explains why Calamares is used as the default installer in so many Linux distributions today. The good thing about this installer is that it is user-friendly and also has several extra features targeting advanced users.

Once done, the system will show you a summary of the options you selected in the previous steps. When you confirm the selections, the installer will begin the automated distro installation process, which takes about 10 minutes.

As compared to Linux Lite, the Lubuntu Calamares installer is the better option. It is more interactive and allows for a faster installation.

Though marketed as lightweight distributions, Linux Lite and Lubuntu also target new Linux users. Ae a result, both operating systems come with some of the basic applications pre-installed. Both software options ship with almost all the software and apps you need to get started out-of-the-box.

However, the number, type and complexity of pre-installed apps differs from one distro to the other. For instance, Linux Lite comes with GIMP—a component image processor—installed. Lubuntu, on the other hand only features LXImage, which is essentially an image viewer that does not allow you to manipulate the images.

Other apps you will find pre-installed on your preferred distro include:

As compared to Linux Lite, Lubuntu only comes with a few, simplistic apps installed, including:

Despite being a lightweight desktop, Lite comes with more apps installed. As opposed to Lubuntu, the pre-installed apps on Linux Lite are more complex, and include:

The Linux Lite distro also features a Welcome app, which is missing on the Lubuntu distro. This app will come in handy for new users, showing the how to navigate the desktop and carry out essential tasks—including creating backups and updating apps.

Owing to their differences in design, the two distributions perform differently when subjected to the same working conditions. A memory usage study was carried out by the LXDE.org to compare the performance of Lubuntu to that of the Linux Lite distro.

Based on such results, it is safe to conclude that Lubuntu is better suited for use on computers with lower specifications. This is mainly because it requires much fewer resources to run efficiently, as compared to Linux Lite.

Both Lubuntu and Linux Lite are fantastic lightweight Linux distributions as both only require few resources to run. However, each of the distros features a rather different design and uses a different desktop environment. The Linux Lite distro is marketed as a ‘Gateway Distro’.

This is mainly because the distro offers an intuitive, Windows-like desktop experience that is suits for new Linux users. This makes it a perfect alternative for users running Windows on old or low-spec computers. Additionally, Lite comes with all the essential apps you need to get started, and leverages the numerous XFCE customization options.

All in all, Lubuntu LXQt is more Lightweight, requiring fewer resources to run efficiently. Linux Lite, on the other hand, comes with more pre-installed apps, including the Timeshift backup and restore tool and the Linux Lite Welcome app.