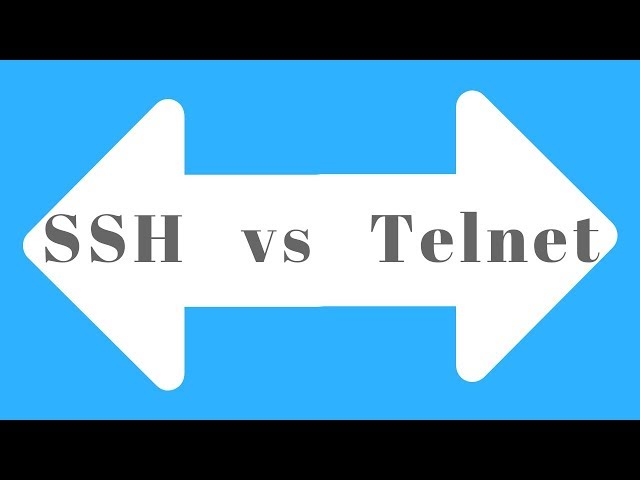 Telnet and SSH are internet protocols that help admin access different devices remotely via the internet. Telnet is among the early protocols used over the internet.

While both of these protocols may have similar functions, there are distinguishing factors that one must be knowledgeable on. In this article, you will find all you need to know about Telnet and SSH, including pros, cons, and differences.

What are the Differences between SSH and Telnet?

To access the machine at remote location networking provide us various application programs among which Telnet and SSH are the primary client-server application program and uses remote terminal service which allows a user at one site to interact with a remote time-sharing system at another site as if the user’s keyboard and a display connected directly to the remote machine.

Telnet and SSH are both Layer – 7 application protocols and uses transmission control protocol (TCP) at transport layers. Even with their similarities, they are still differences worthy of note. The following are the important differences between Telnet and SSH.

What are Some Key Differences

Although both protocols have the same purpose and are similar in their operations, there are some differences. You will find some of these differences below.

Table Highlighting the Differences between SSH and Telnet

Telnet stands for Telecommunications and Networks, and it is famous for being the original internet when the Net was first launched in 1969. In its initial form, it aided people to access computers and their resources remotely. The data is accessed and transmitted in plain text forming with no secure encryption. Due to the lack of security and data protection, Telnet has experienced a drastic decline in its usage.

It utilizes 23 port system. Due to the lack of security precaution, Telnet has been almost completely replaced by SSH in nearly all usage scenarios.

Here are the drawbacks of the Telnet protocol

SSH is an acronym representing a secure shell, and it is a major network protocol used widely to access and manage devices remotely over the internet. With SSH, you can log into a computer and execute commands via a remote machine. You can also move files from one machine to another. Worthy of note is that with SSH protocol, you can encrypt traffic in both directions and prevent sniffing, trafficking, and password theft.

SSH was developed by SSH Communications Security Ltd. to help users to log into another computer over a network, execute commands in a remote machine, and to move files between different machines. It is currently the only major protocol capable of accessing network devices and servers securely via the internet.

We have listed some everyday uses of the SSH protocol to help you understand the protocol better.

Some of the drawbacks that users of SSH protocols experience have been listed below.

What are Some Vital Telnet Commands

Some commands that users need to know when using Telnet are:

What Are Some Important SSH Commands?

Here are some important SSH commands:

Why Is SSH Preferred Over Telnet?

Even though Telnet was established long before SSH, most people prefer using SH to using Telnet. The basic reason for this is the security offered. With SSH, users rest assured that their data and transfers are secure because all data shares and information transmission are encrypted. Encrypted format to send data and utilization of a secure channel further boosts confidence in this protocol. These security features are sadly absent in Telnet.

The reduced or nonexistent security measures for Telnet protocol opens users up to data manipulation and corruption. There is no control over who sees sensitive information because all data files and communication are transmitted across as plain text.

SSH and Telnet are both protocols that grant users access to computer resources via the internet. However, Telnet has gradually phased out from the protocol scene. This trend can be deduced from the differences; Telnet does not offer business protection or compromised data compensation. We advise that you make use of SSH protocol.