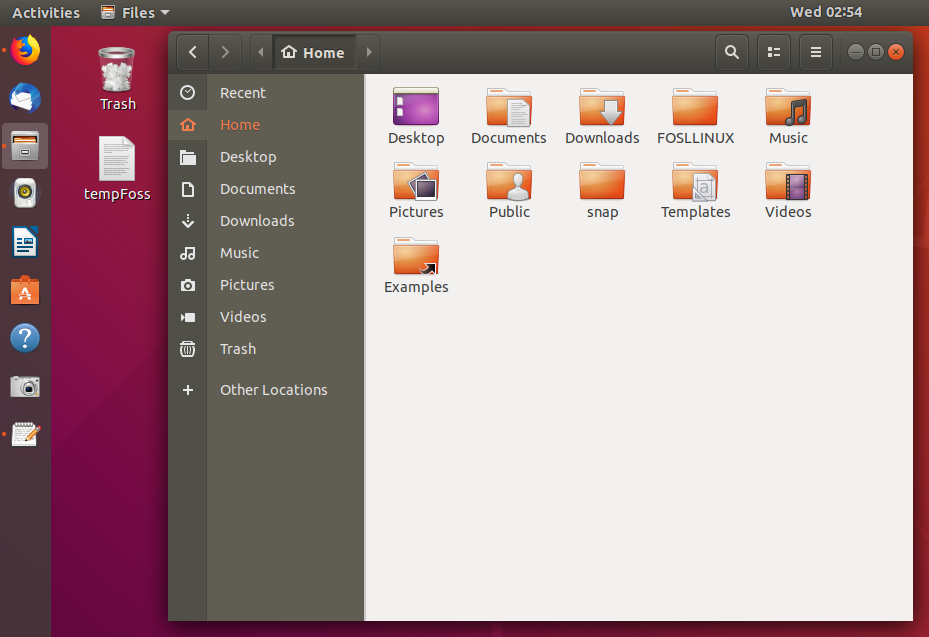 The Ubuntu operating system (OS) has been around for quite a while and is arguably one of the most reliable, flexible, and secure solutions available today. The software solution is available in three main variants, the Ubuntu Desktop, Ubuntu Server, and Ubuntu Server options.

This being the case, the two versions differ in a number of ways, as you will learn throughout this guide.

What is Ubuntu Desktop?

However, much of the customization may require you to use the terminal or install third-party software. In its design, the Ubuntu Desktop OS features a top-positioned classic panel, as well as a Toolbar, referred to as the ‘Dash’. The only difference between this Dash and the Dashboard on Windows OS is that the Ubuntu Dash does not allow you to change the location.

The Dash features a ‘Home’ button towards the top, followed by an assortment of customizable icons for the software. Ubuntu Desktop allows you to customize the desktop background as well as create icons on the desktop. This OS also supports graphical applications that users may need for entertainment, development, and editing tasks.

What is Ubuntu Server?

A server is essentially a computer or program that manages access to centralized services or resources in a network. The Ubuntu Server OS version is rather basic. Instead of a GUI, the Server version of the software comes with a command-line interface (CLI).

Following its installation, the computer display will show nothing, but a blinking cursor. At this point, you may use a command line to install the software you require on your server. While installing the Ubuntu Server software, you will be allowed to select your preferred software package.

This allows users to install an operating system that is specific to the type of server they wish to build. This OS version is also designed to offer exceptional reliability for extended periods under high loads.

The Ubuntu Server version of the OS serves as a flexible solution, that is designed to meet both individual and company networking needs. The software is suited for use in a small home network. You will also find it relatively easy to scale up to an enterprise-level network.

One thing that sets this software apart is its ability to handle multiple deployment options, including Render farms, and OpenStack. When compared to other Server Operating systems, Ubuntu Server has a number of benefits to offer, including:

The Ubuntu Server operating system may be used on a minimalistic or even a standard networking application. The software allows for deployment to multiple machines, offering extensive scale-out functionality.

This being the case, you will have a comparatively easy time adapting the software to your specific networking needs. The software is also scalable after installation to accommodate changing needs as they evolve.

It is this hyperscale computing scalability at guarantees exceptional performance and capacity on Ubuntu Server networks.

Just as is the case with the Desktop version of the software, the developer offers regular maintenance updates for the Ubuntu Server software. With this solution, you should expect to get security updates at least once every six months.

This is often offered as part of the Ubuntu Advantage plans. Depending on the Ubuntu server software package you have, this option can extend your coverage for another five years.

Regardless of the version, Ubuntu operating systems are renowned for their efficient use of machine resources. The design of the Ubuntu Server OS does not include a GUI. As a result, the software only has modest hardware requirements.

According to the developer, you can actually support the Ubuntu Server OS with a little less than the minimal recommended resources. However, this may end up affecting your User Experience (UX), depending on your networking needs.

Despite their differences in design and functionality, the Ubuntu Desktop and Ubuntu Server solutions have a few things in common. Some of the similarities shared by the two operating systems include:

This allows users to add any package to either version of the software. Even if you happen to start with different default settings, you can still customize either the operating system accordingly. For instance, you may start with a basic Ubuntu server OS and set up a desktop environment.

Similarly, you may start with a desktop environment and create a server by adding the necessary packages.

From the above definitions, you can tell that the desktop and the server versions of the software are designed for different applications. As such, they are bound to differ from one another in a number of ways.

Discussed below are the key differences between the Ubuntu desktop and the Ubuntu Server operating systems:

In order to allow for easy interaction between the user and a computer, the Ubuntu desktop OS features a graphical user interface (GUI). In this regard, the Desktop OS comes with an intuitive GNOME Desktop Environment.

The Ubuntu Server OS, on the other hand, does not come with a GUI. Instead of a GUI, the Server version of the software uses a command line for user interactions. The main reason for this is that Servers do not use such peripherals as a keyboard, monitor, and mouse to interact with the user.

Instead, Ubuntu servers are remotely managed through SSH using such utilities as Putty.

The Ubuntu desktop software features GUI, allowing it to be installed much like any other computer software. Bounty Server OS lacks GUI, hence requires you to use a process control menu during installation.

Again, servers often do not have conventional input peripherals. As such, the installation of the Ubuntu server OS is menu and text-driven.

As mentioned earlier in this guide, the two software versions are specifically designed to suit different applications. This is why they come preloaded with the Apps and programs you would need in either application, as follows:

The Ubuntu desktop operating system is meant to help you with your day-to-day computer use. It is designed to allow for easy interaction with your PC.

As such, the desktop OS comes preloaded with such apps as a text editor, Libre Office, media player, and browser. The desktop version of the software is pre-loaded with commonly used utilities, such as:

Having been designed for a server environment, the Ubuntu Server operating system comes pre-loaded with applications suited for the application. Following the successful installation of the software, you may use a Command-Line to install the necessary applications to your server.

As an added advantage, the developer allows you to select your preferred software package while installing the Server OS. As such, you will find it easier to install an operating system that is specific to the server type you would like to have.

Some of the software options availed by those packages include:

Ubuntu is, without a doubt, one of the most preferred operating systems across the globe. Despite being an Open-source software solution, their OS variants are packed with an assortment of the apps and features you need.

Both software versions differ in terms of design, and capabilities. With this guide, you will have an easy time selecting the right Ubuntu OS for whichever application.