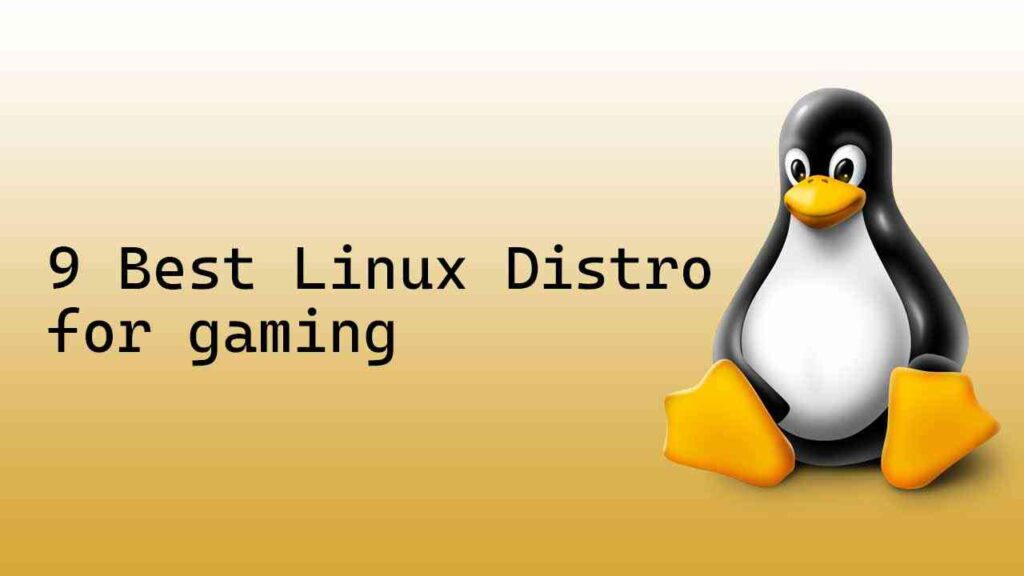 SteamOS is a Debian-based distro designed to run Valve’s Steam platform. This distro has been updated to the latest Debian 8 version and preinstalled on the company’s Steam Machine games console. It allows you to install more software with the Debian Jessie repositories. However, this operating system has its main focus on gaming.

This Linux distro is probably the closest to an actual games console. You can only install it on 64-bit machines, and for optimal performance, you need a RAM of at least 4GB. You should also have a free space of about 200GB on your hard drive. You should also ensure that you are using an NVIDIA, Intel, or AMD (Radeon 8500 and later) GPU.

SteamOS has a special in-home streaming feature that allows you to connect the SteamOS machine to another PC on the network. With this feature, you can stream a game to that computer. Most Linux distros are open source software, but not all SteamOS have this feature.

After SteamOS, Play on Linux is probably the best method of playing games with Linux. It may not be so much a distro as a package you can install on your Linux PC, but it is worth mentioning. Unlike SteamOS, which only works as a video console, Play on Linux allows you also to play Windows PC games on your current Linux machine. You also get to play titles and still use Linux for any other purpose you need it for.

Play on Linux is likely the most convenient package for Linux users. It is the perfect package for those who like to play popular titles on their PC. You can run Windows applications on the Linux environment, and it is easier to set up.  Play on Linux is user-friendly, and this makes it good for users who are not technically savvy. 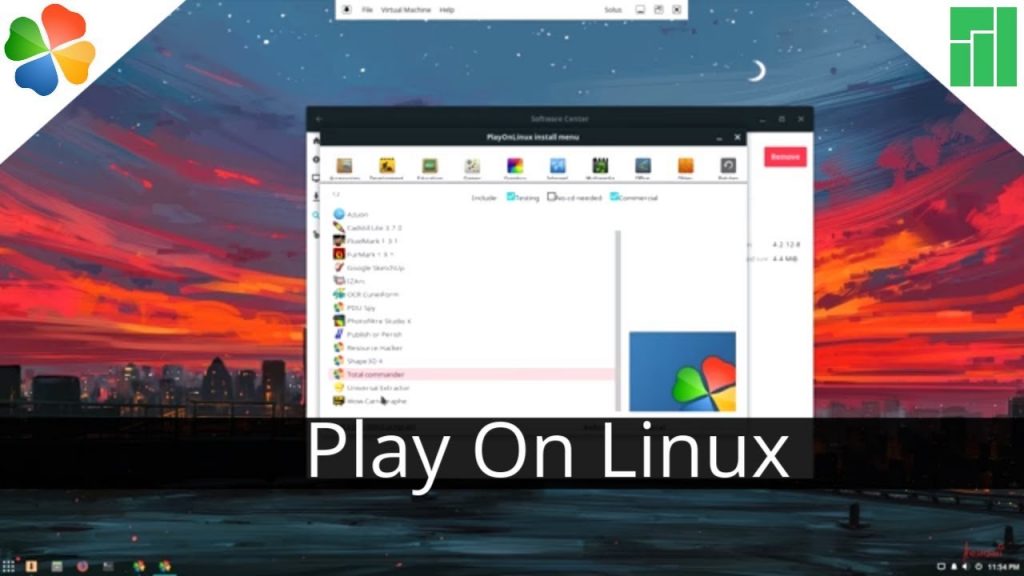 Lakka is a lightweight version of Linux that allows you to turn your PC into a retro games console. This Linux distro has a retro core and a RetroArch, which it uses as its front end. Lakka lets you emulate a lot of game consoles. It is available as a bootable USB image for computers. There are also versions for ARM-based machines, like the Raspberry Pi.

This distro allows you to use various keyboards, including wireless Xbox 360 controllers, PS3, and PS4 controllers. All you need to do is the proprietary dongle. RetroArch comes with a useful autoconfig feature, which allows controllers to work out of the box automatically. This means that you don’t have to map keys manually.

With Lakka documentation comes some useful solutions for unusual setups. The OS usually ship without having any games preinstalled for copyright reasons. However, you will have to get legal copies of precompiled ROM arcade games’ files or ISO images of your game CDs. You can check out the Internet Archive that contains some public domain ROMS.

SparkyLinux is another excellent Debian-based distro for gaming. The latest SparkyLinux GameOver release has a lot of new features like the awesome Lutris gaming platform. It also includes a custom tool that enables the installation of a web browser. This feature allows you to play online games.

With SparkyLinux GameOver, you can play games on virtually any platform. Apart from Lutris, the GameOver Edition has many other tools like APTus Gamer. This tool allows you to download many game emulators so you can relive old console favorites, but you may need to download it somewhere else. You will also get many free and open-source games such as Robots and Wesnoth.

This distro comes with gaming applications like Wine, Steam, and Play on Linux, all preinstalled. And with these apps, you can run old Windows and DOS games on Linux, like Sim City 2000. 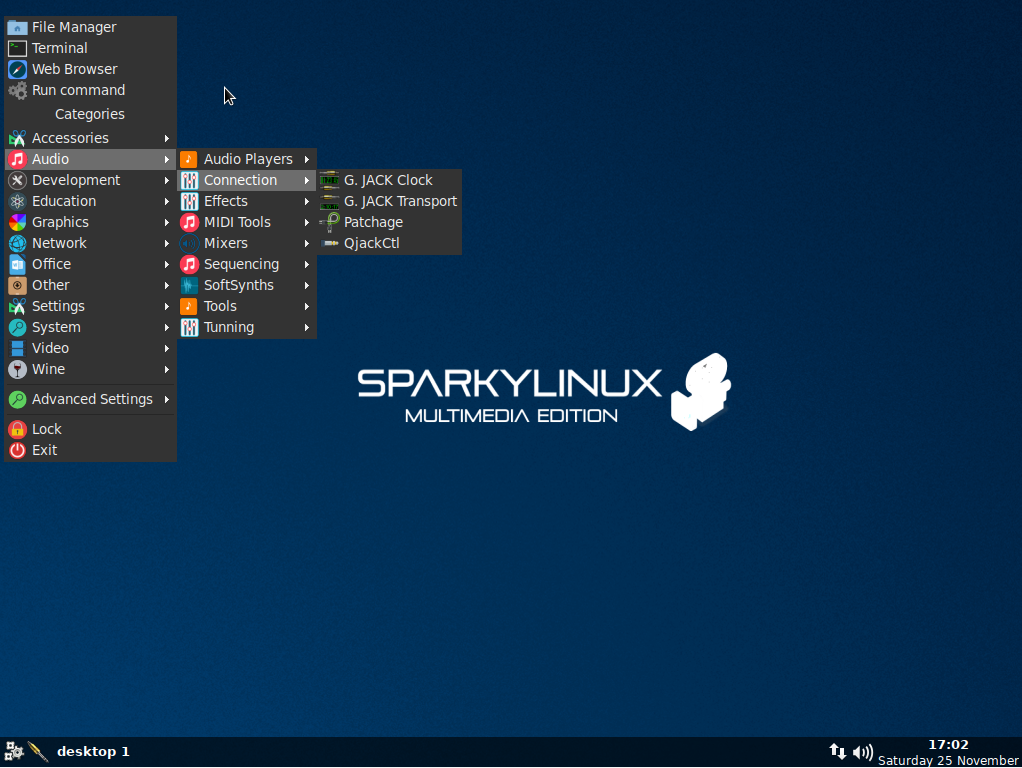 The Ubuntu GamePack was designed by Ukrainian developers UALinux. It comes with proprietary codecs, drivers, Steam, and the Lutris Gaming Platforms. With these systems, you can access and install numerous games on your Ubuntu machine.

Ubuntu GamePack gives access to thousands of applications and games for DOS and Windows. The emulators DOSEmu and DOSBox are preinstalled, just like the Windows emulator Crossover. Ubuntu GamePack does not come with any preinstalled games, but since it has both Play on Linux and Wine, you can easily get your existing games running. This distro also supports Java and Adobe Flash so that you can play online games as well.

As a new user, you need a distro that is easy to install and use. The distro should also have good hardware and software with available packages. Without wasting much time, in no particular order, here are the best Linux distros for first-timers.

Linux Mint is an excellent distro that has been on the number one spot on Distrowatch for years. It provides an out of the box computing experience and is undoubtedly one of the most-suited Linux distros for beginners on the market. Linux Mint has the Cinnamon desktop environment, which provides a user-friendly interface. New Linux users do not find it difficult to familiarize themselves with Linux software.

This distro makes all the software very accessible by grouping them under categories. This may not be a top-notch feature, but to first time users who are yet to know the names of Linux software, it is very useful. Linux Mint is very fast and runs well on old computers. It is built on a solid Ubuntu base and shares the same software repository as Ubuntu.

Ubuntu tests their software extensively before pushing it out for use. For the aforementioned reason, users do not need to worry about unexpected glitches and crashes that most times occur in some new software. This distro is well-suited for Windows 7, so if you are a Windows 7 lover, then you are going to love Linux Mint. Linux Mint desktop has many similarities with the Windows 7 desktop, such as toolbar, menu, tray icons.

These features are all set to make Windows users comfortable with the Linux Mint. It is advisable to go for Linux Mint if you are new to the Linux world because Linux Mint impresses its users with so many useful features. Therefore, Linux Mint is worth mentioning on the list of best Linux distros for beginners. You can check it out here and go for the Cinnamon version.

While researching Linux distros on the internet, you will most likely come across Ubuntu – one of the best Linux distributions out there. It is also the right choice for new users in the gaming world. Some users refer to it as Linux for human beings because of the amount of effort it has put in on universal usability. Ubuntu has a user-friendly interface, so you do not need to be technically sound to use it.

Ubuntu makes the Linux command line hassle-free, and this is one of the main reasons why they are at the top today. It has a very convenient installation process. The installer allows you to choose English or any other major language you want. You can also try out Ubuntu before going through the installation process.

The installer gives you simple options to install Ubuntu remove the older OS, or to install Ubuntu alongside Windows or any other OS you have (You will get a choice at every startup to choose the OS to boot). As a new user, you need to choose the second option if you are not sure about what to do. Ubuntu uses an interface is called GNOME.

Gnome is a simple yet very productive interface that allows you to search anything from applications to files by pressing the Windows key. You do not need to worry about driver installation issues as Ubuntu includes a hardware detector. This device will detect, download, and install optimal drivers for your computer. In addition, the installation includes basic software like a music player, an office suite, video player, and games.

Ubuntu’s documentation and community support are excellent and include Ask Ubuntu and Ubuntu forums. This community gives you quality support in almost all aspects of Ubuntu. It is likely that any questions you want to ask are already answered. You will also find the answers to be beginner-friendly. You can check out and download Ubuntu from its official site.

A lot of PC users have Windows computers, and when they get a Linux, they will need to unlearn many things before you get going. You will notice that many operations are fixed in muscle memory. For instance, the mouse reaching to the lower-left corner of the screen (Start) every time you need to launch an application. So if you could find anything that eases these problems on Linux, you have almost won the battle. Enter Zorin OS.

Zorin OS has an Ubuntu base and is a very polished Linux distro designed for Windows users. Most people are reluctant to use distros if the desktop looks strange, even though almost every Linux distro is usable by everybody. With Zorin OS, you do not have to worry about this because of its similarities with Windows as regards to appearance. Their package managers may seem foreign to Linux first-timers. For this reason. Zorin OS includes a large list of preinstalled software. Anything you need, there is a good chance it is already installed on Zorin OS. Zorin also comes with Wine and PlayOn Linux preinstalled, so you have the ability to run all your Windows software and games you love.

Zorin OS also includes an amazing theme engine called the ‘Zorin look changer.’ It offers some heavy customization options with presets to make your OS look like Windows 7, XP, 2000, or even a Mac for that matter. You’re going to feel home. These features make Zorin OS the best Linux distro for beginners. You can download and get more information regarding the OS on the Zorin OS website.