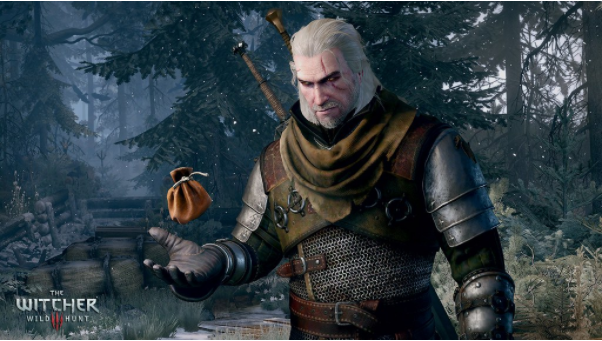 Nowadays, online gaming and esports are growing in demand. Network operators and developers have noticed the boom in PC gaming. Therefore, they create platforms and online offerings that improve gameplay and distribute games everywhere. Does it mean that single-played games lose their popularity? Let’s find the answer together.

Are They Losing Popularity?

It seems strange to think that just a few years ago, many major developers gave up the idea of releasing single-player games. Despite the success of multiplayer shooters, live service games, and then Battle Royale, quality single-player games appear from time to time. Single-player games continue to attract a large audience with fresh storytelling and advanced technical characteristics.

Of course, fans of Call of Duty and other multiplayer games will not stop looking for the Dark Matter camo to play some other game. However, the army of the below single-player hits will only increase. So, let’s take a look at the immortal classic games that will not lose their popularity for many years:

Years after release have passed, but millions of gamers are still continuing their triumphant journeys through the fantasy world of The Witcher 3. It remains an example of storytelling in video games. There is everything combined — from the usual quests to the political game of lords and barons — it seems that the writers treat them with the same degree of love and attention.

It is the game that made Geralt of Rivia an iconic hero. The in-game world amazes not only with its scale and diversity but also impresses with its history because it seems that every village, or castle ruins, or cave has something interesting to tell. The fact that The Witcher 3 remains as exciting and relevant today as it was after its release is proof of the popularity of single-player games.

In 2016, Ubisoft took a year-long break to rethink the Assassin’s Creed series, after the release of Odyssey. If you’re looking for inspiration, this is an incredibly large open-world adventure that takes place on the Greek Peninsula. Odyssey is such a pleasure not only because of the background and the magnificently recreated Greek architecture.

This is also because the history of Alexios and Kassandra is intertwined with history and myths. Particular systems, such as ship controls and enemy levels, have also been improved. Some will argue that this is not the same assassin game that the series is famous for, but, in fact, it has become much more fascinating.

While the Total War series was delayed with the release of Rome 2, Creative Assembly made up one of the most inspiring combinations of the video game genre for its next project: epic strategy and Warhammer. Total War: Warhammer 2 includes asymmetric source material, where each faction offers a distinct tactical and narrative experience.

If you played Total War: Warhammer 1, the sequel represents all the major factions in a vibrant, dark world. Skaven hide in city ruins, pirates of the Vampire Coast go in search of treasures, and dwarves hide behind heavy armor, ready to reflect any attack. Each campaign takes dozens of hours to play, providing endless clashes between the most skillfully crafted armies seen in a strategy game.

Sekiro is an intense, tough, and carefully-designed samurai game that takes place in a mythical feudal Japan, and is one of the best single-player games you can play. Some consider brutal combat a very challenging and rewarding experience. What defines Sekiro from its spiritual predecessors is that it has linear, well-articulated storytelling and the addition of more basic action game elements. Nowadays, superheroes rarely fulfill their duties — save people. Of course, if the Avengers do not defeat Tanos, then he will most likely destroy half the planet, but what about the danger that threatens ordinary people every day? Who will save the lady from the bandits, prevent the robbery of the store and stop the stolen car? The game by Insomniac, like no other, shows the life of a real hero who understands “the more powerful you are, the more responsibility you have”. In terms of production, Marvel’s Spider-Man is simply one of the most spectacular games ever, especially when played with HDR.

“Sic Parvis Magna” — this phrase, engraved on the ring of the great pirate Francis Drake, fits perfectly with the entire Uncharted series. The tetralogy gained tremendous momentum and reached the culmination of its nine-year journey. After the release of each new adventure of the charming adventurer Nathan Drake, it seems that the previous game was created only to fade in the light of the current one. The focus here is not only on the hunt for a particular treasure but Nate’s entire life — with skeletons falling out of every closet. The reward is the greatest pirate wealth the world has ever heard of.

The developers of the Batman: Arkham Asylum action game managed to achieve the almost impossible — they created a game based on comics, interesting even for those who hate comics. The key to success is the phenomenal versatility of the project. There was a place for a cruel, uncompromising fighting game, and silent outings, and acrobatic scenes with jumping on roofs, and even a real detective adventure with a search for evidence. In Arkham, a party of brilliant madmen is planned, and the Joker really wants Batman to join it. The essence of what is happening and the scenery change so often that it is simply impossible to get bored.

Having recalled these impeachable single-player games, no doubts are left that such games are still in great demand. Whether you play on PS4, Xbox One, Nintendo Switch, or PC, there is always something for you. So, close the curtains, take away your smartphone, and get ready to plunge into the world of entertainment.